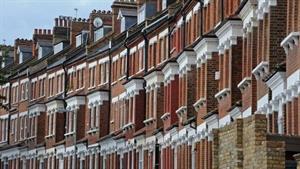 The UK is facing a "critical rental shortage" which requires a building programme to focus on providing for tenants, a surveyors' body has said.

At least 1.8 million more households will be looking to rent rather than buy a home by 2025, the Royal Institution of Chartered Surveyors (RICS) claims

It has called on the government to offer tax breaks to encourage building and investment in the sector.

The Conservative Party has indicated its focus remains on home ownership.

It said that any further investment in property by landlords had been hit by changes to stamp duty in April.

Anyone buying a home that is not their main residence must now pay a 3% stamp duty surcharge. In Scotland, the equivalent tax - the Land and Buildings Transaction Tax (LBTT) - was also up-rated.

This led to a spike in property purchases in March, with transactions falling quickly again thereafter. Next year, landlords are likely to be hit again when their right to deduct their mortgage interest from their income tax bill is removed.

RICS suggests that the stamp duty increase should be reversed, a move which would infuriate potential first-time buyers - many of whom say they are regularly outbid by buy-to-let investors.

Generation Rent, a group that campaigns for better conditions for tenants, said the higher rate of stamp duty was a good thing.

"It does give first-time buyers a much-needed advantage against people who are simply betting that house prices will keep going up," said Dan Wilson Craw, the policy manager of Generation Rent.

"In the first three months of the surcharge, the tax on second homes raised £424m - that cash could help build new homes for people on low incomes."

A body that represents landlords said that rents were likely to rise.

"Tenants will be hurt most, as landlords recover the stamp duty increase by charging tenants more," said David Cox, the managing director of the Association of Residential Letting Agents (ARLA).

"The simple answer is that we need to build more homes."

In addition to a reversal in the stamp duty increase, RICS also called for:

He told the Conservative Party conference in Birmingham that the housing shortage was "a huge issue for our country" and would be his "number-one priority".

He said: "Far too many young people cannot get a foot on the housing ladder. Many are being forced to live back with mum and dad as rents soar faster than wages."

Here you can log in or sign up to the members area of our website. Once logged in you can amend your personal details, add/amend/delete email alerts and access your saved properties. New property alerts are sent to your requested email address at your selected frequency once we publish a new property or a price change takes place.

You can register here!